Home » Advice » Catching Your First Wave on a SUP

Catching waves on a SUP can be a humbling experience – especially when you feel confident paddling in the flat water.

Here’s a few tips to help make your transition into the waves easier.

Do 3 more strokes than you think you need. It is always better to be out in front of the wave rather than falling off the back of it.

Traditionally, standing with your feet in a parallel stance is your most powerful and comfortable position. But when moving to the ocean, this stance does not let you transfer weight forwards and backwards on the board. You don’t need to go to the extreme of a full surf stance – this can cause more problems than it solves! Just take one step backwards, so that one set of toes are in line with your other heel. 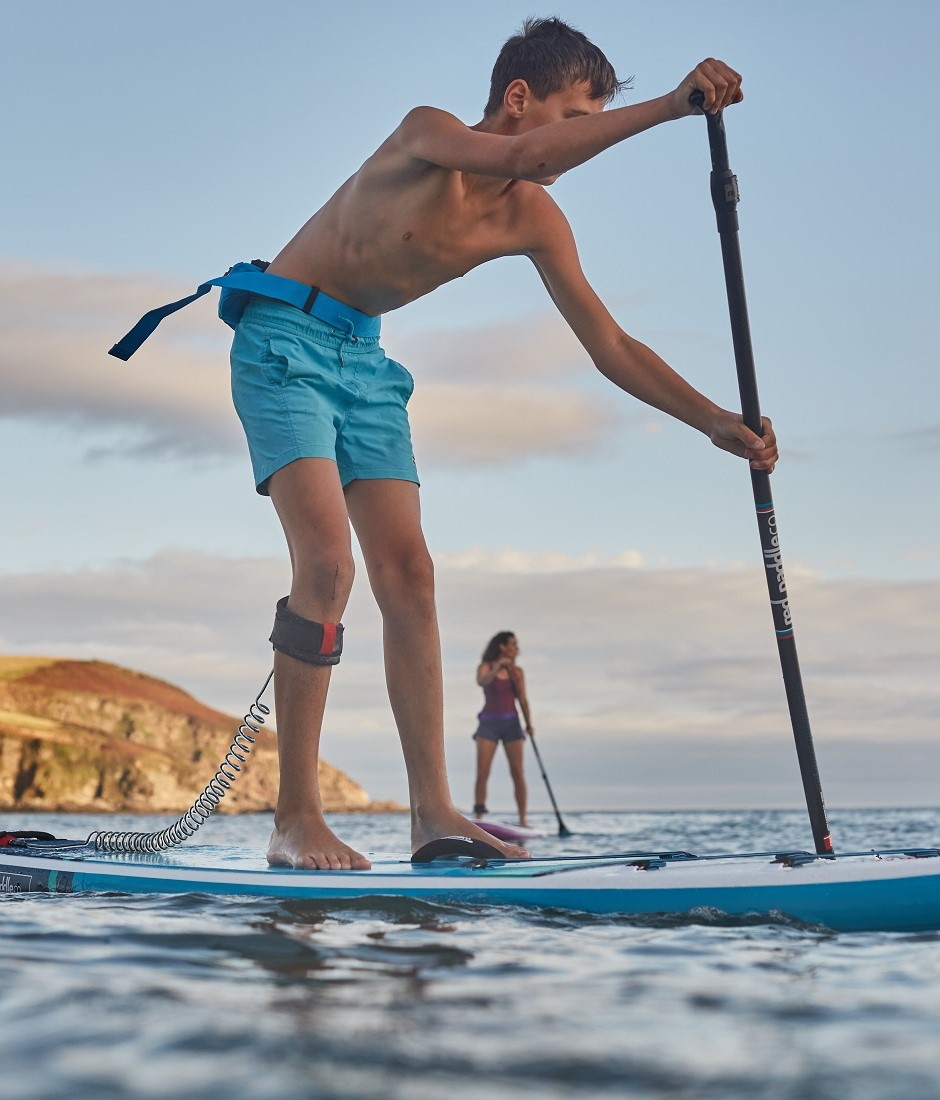 Ultimately the ideal situation is to paddle out where there are no waves and not get in anyone’s way. But this isn’t always possible. The best way to get out through the waves is to have the nose of your board facing directly into the waves and rock slightly backwards to lift the nose of your board over the wave. If your board is sideways (parallel to the wave) or even at a slight angle, the wave will want to push you off. You want to present the wave with the smallest area possible to hit, hence why lining the board up to face straight into the wave is best. Remember – speed is your friend. The faster you can go into the wave, the less likely you are to fall off.

Remember all that time you spent practising kick turns on the flat water? Now is the time that is going to pay off. While waiting for a wave, you want to be facing out to sea so that you can see the wave coming. Figure out how many strokes it is going to take you to turn around 180’ and to be moving directly for the shore just before the wave is about to break.

Commit to a wave

When you see a wave coming position yourself correctly and paddle as hard as you can to get yourself onto the wave. Once you have started paddling for the wave, that indicates to others in the line-up that is your wave and to give you some space. It’s very frustrating for others when a person half paddles for a wave and then pulls off, only to let the wave go unridden because they haven’t committed to the wave. 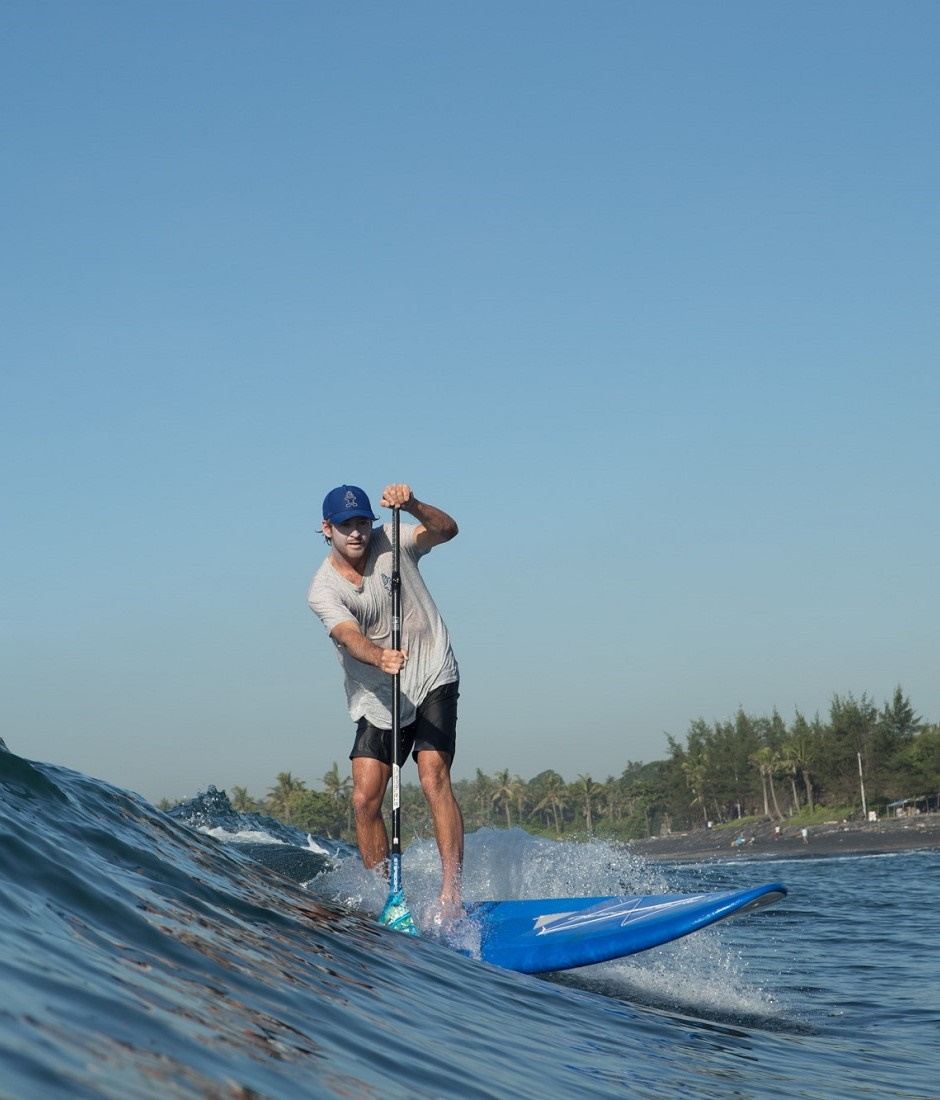 3 more strokes than you think

It’s common to fall off the back of the waves in your initial attempts. Quite often, people stop paddling when they feel the initial push of the wave. When you do feel this, make sure you do 3 more strokes than you think you need. It is always better to be out in front of the wave rather than falling off the back of it. This ties in perfectly with the previous point. 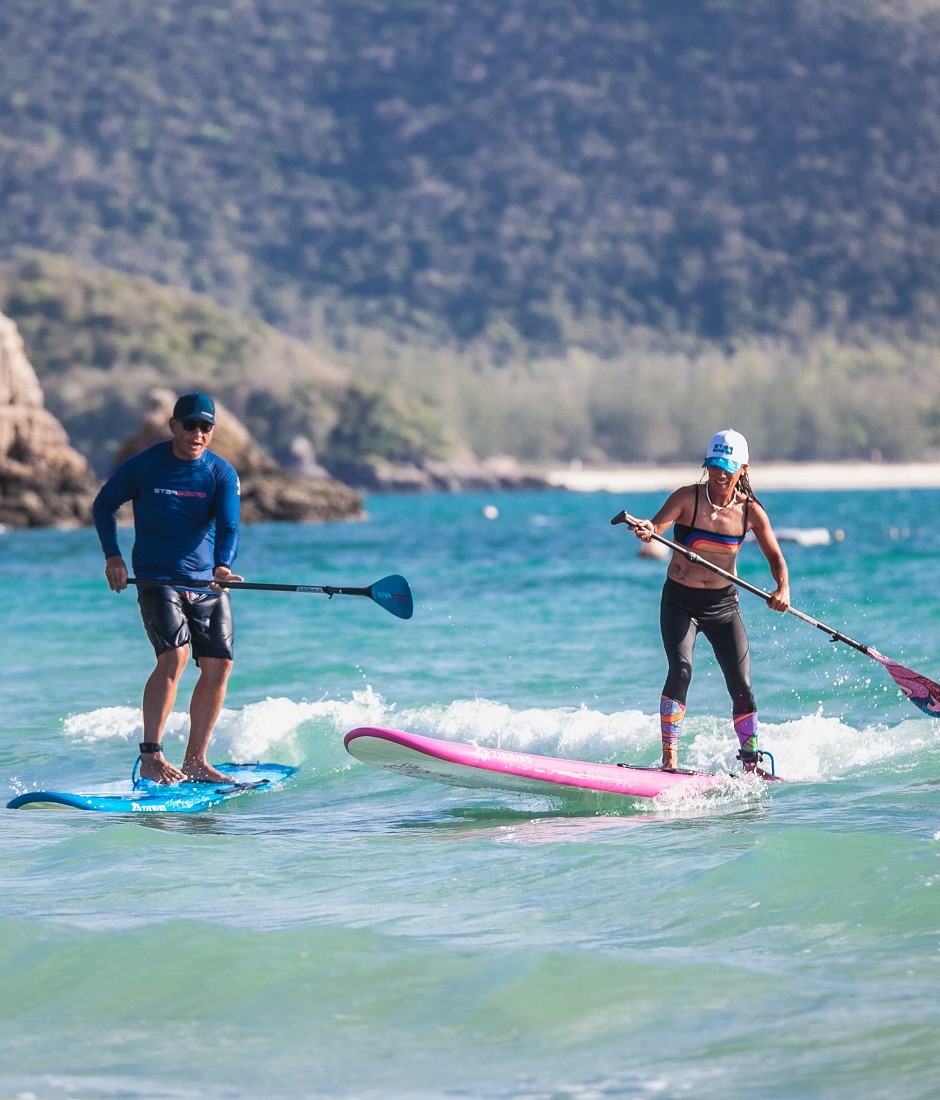 If you haven’t moved your feet fully into a surf stance by now, it is time to do so. By starting with your feet slightly offset, it will mean you don’t have to take such a large step at this point. However, if you do not move your feet backwards, you’ll find yourself nose diving. And that’s not so much fun!

These are just a few basic tips to help make the move into the world of surfing easier, but the best thing is time and practice. Our Cottesloe Spot Check tells you where to to find easy waves in Perth.

Ready to hit the water? 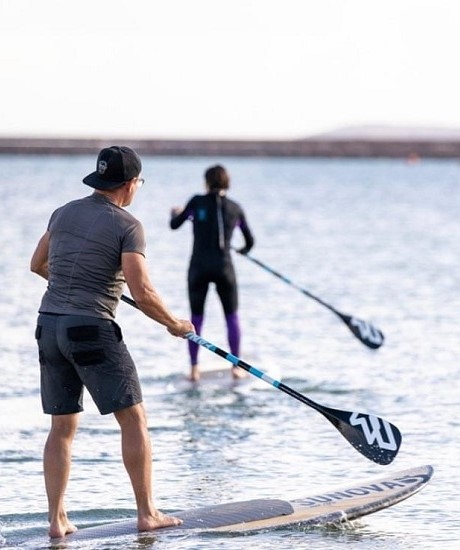 How to Easily Load a SUP Onto Your Car

How to easily load your SUP onto your car If you’re feeling tired after... read more

Catching Your First Wave on a SUP

Catching waves on a SUP can be a humbling experience – especially when... read more 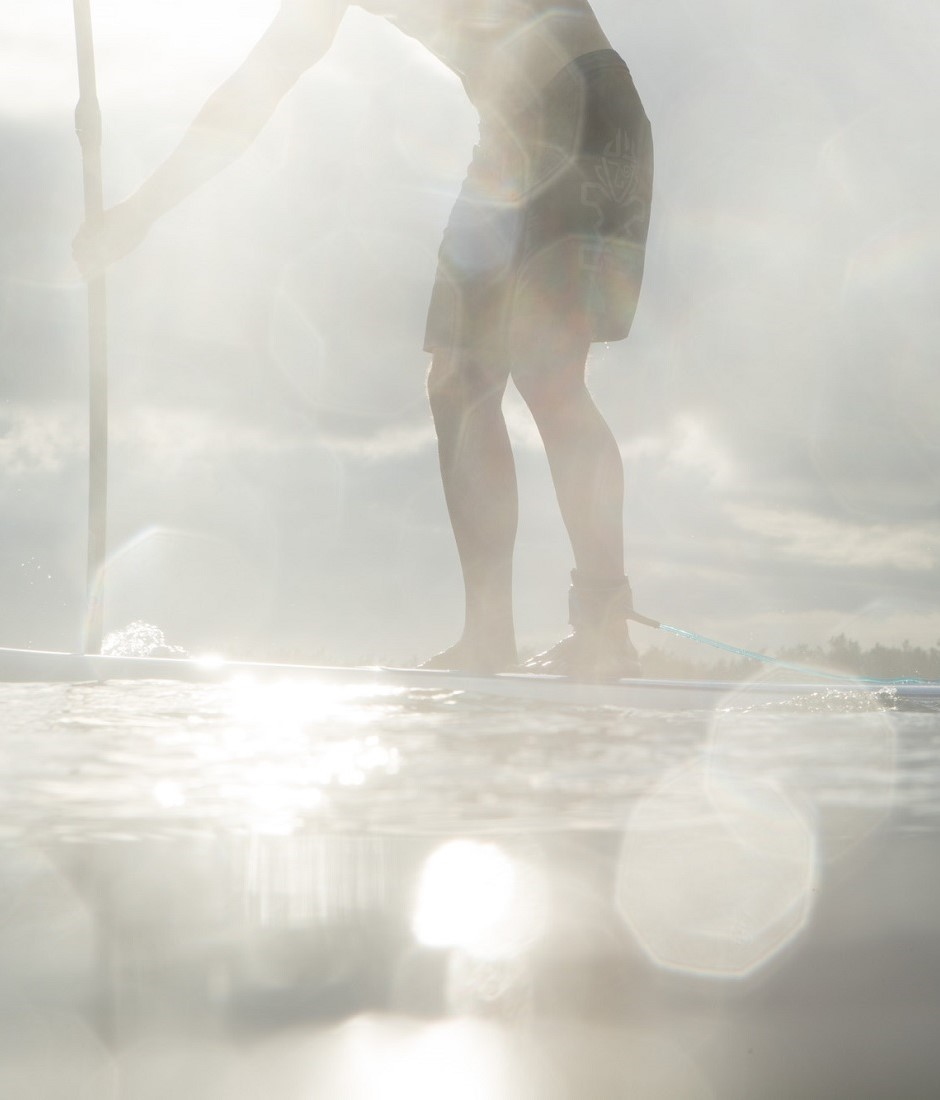 Reading the weather conditions is an important part of learning when and... read more 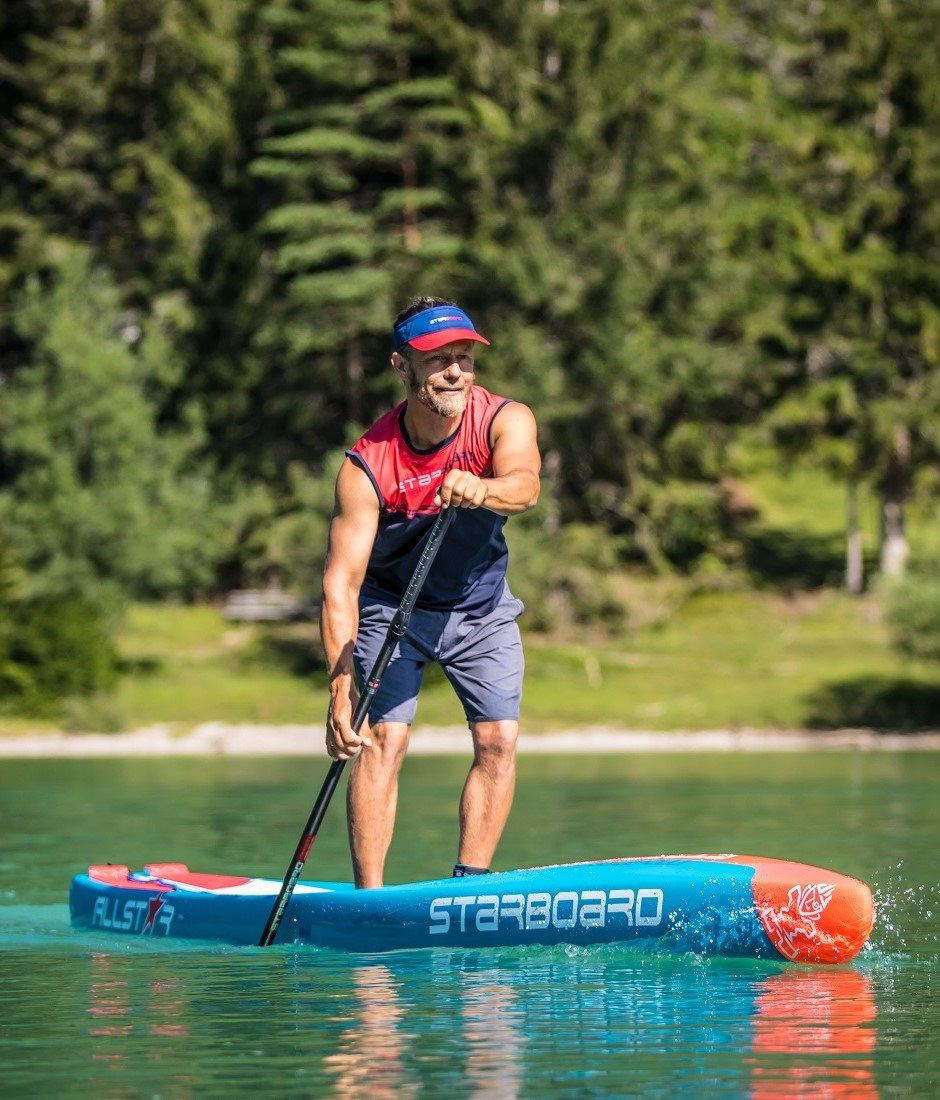 How To Improve Your Paddle Technique

The SUP paddle stroke can be broken down into three main components:... read more

Stand Up Paddle Boarding is the easiest sport to do in the world, given... read more 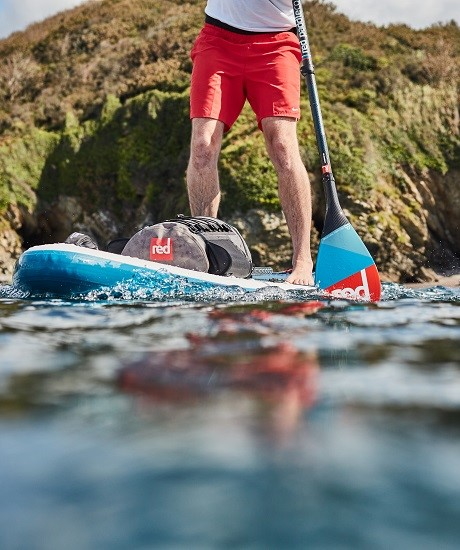 10 Tips For Getting Started With SUP Boarding

Get Started with our Top 10 Tips for learning to stand up paddle... read more